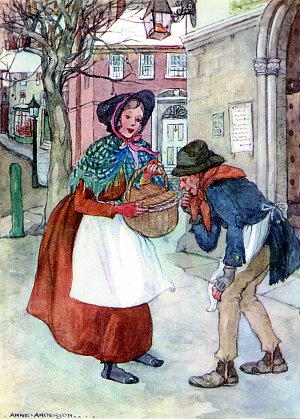 Here are not many people - and as it is desirable that a story- teller and a story-reader should establish a mutual understanding as soon as possible, I beg it to be noticed that I confine this observation neither to young people nor to little people, but extend it to all conditions of people: little and big, young and old: yet growing up, or already growing down again—there are not, I say, many people who would care to sleep in a church. I don′t mean at sermon-time in warm weather (when the thing has actually been done, once or twice), but in the night, and alone. A great multitude of persons will be violently astonished, I know, by this position, in the broad bold Day. But it applies to Night. It must be argued by night, and I will undertake to maintain it successfully on any gusty winter′s night appointed for the purpose, with any one opponent chosen from the rest, who will meet me singly in an old churchyard, before an old church-door; and will previously empower me to lock him in, if needful to his satisfaction, until morning.

For the night-wind has a dismal trick of wandering round and round a building of that sort, and moaning as it goes; and of trying, with its unseen hand, the windows and the doors; and seeking out some crevices by which to enter. And when it has got in; as one not finding what it seeks, whatever that may be, it wails and howls to issue forth again: and not content with stalking through the aisles, and gliding round and round the pillars, and tempting the deep organ, soars up to the roof, and strives to rend the rafters: then flings itself despairingly upon the stones below, and passes, muttering, into the vaults. Anon, it comes up stealthily, and creeps along the walls, seeming to read, in whispers, the Inscriptions sacred to the Dead. At some of these, it breaks out shrilly, as with laughter; and at others, moans and cries as if it were lamenting. It has a ghostly sound too, lingering within the altar; where it seems to chaunt, in its wild way, of Wrong and Murder done, and false Gods worshipped, in defiance of the Tables of the Law, which look so fair and smooth, but are so flawed and broken.